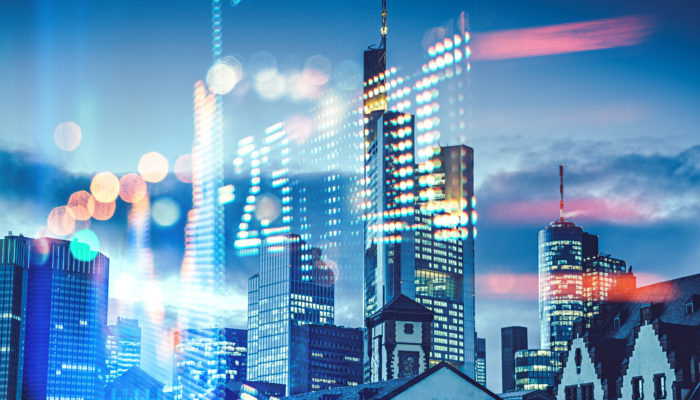 Since Bitcoin volumes began to dissipate in late-2018, which came alongside price plunges, the crypto’s curious investors have sought to determine where the money has fled. For the longest time, it was assumed that over-the-counter (OTC) desks picked up where spot exchanges, namely Bitfinex and Coinbase, were slacking. Yet, a recent company update from Circle has touted […]

A former Deutsche Bank trader has joined Japanese crypto exchange-startup FXcoin Ltd., Bloomberg reports September 3. According to the announcement, Yasuo Matsuda, an institutional trader from Deutsche Bank, will join FXcoin as a senior crypto strategist starting in September 2018. The strategist position includes providing analysis of crypto markets and daily reports on the market’s activity. The newly […]

Ethereum and other cryptocurrencies have captured the imagination of technologists, financiers, and economists. Digital currencies are only one application of the underlying blockchain technology. Earlier this year, we made the Bitcoin dataset publicly available for analysis in Google BigQuery. Today we’re making the Ethereum dataset available. Like its predecessor, Bitcoin, you might think of the Ethereum blockchain as an immutable […]

Accelerator to Train 1000 Staff in Blockchain Over 2 Years

U.K.-based multinational professional services network PricewaterhouseCoopers (PwC) will bolster its employees’ blockchain knowledge through a dedicated program next year, Digiday reported Thursday, August 30. Part of a coordinated push to enhance digital awareness, the company will put 1000 staff through its Digital Accelerators program, which will run for two years from January. Participants will forego a portion of their […]

NetCents cryptocurrency credit card will be accepted at 40 million merchant locations globally in an effort to directly compete with Visa and Mastercard. The company will also integrate its loyalty programme with its crypto credit cards to encourage and reward users for spending digital currencies. NetCents Technology, a Canada-based payments processing company, has unveiled its […]

Ernst & Young has acquired a software developed by a Silicon Valley-based startup called Elevated Consciousness in order to manage investments executed in cryptocurrencies. The software in question is called Crypto-Asset Accounting and Tax (CAAT). It was bought by Ernst & Young’s Americas Tax Innovation Foundry with the intention to facilitate their clients in investing […]

Prominent economist and editorial director of the American Institute for Economic Research (AEIR), Jeffrey Tucker, has urged governments and central banks around the world to let go of the idea of creating state-backed cryptocurrencies and instead focus on the soundness of the fiat system and the banking system. “Leave Crypto Alone” In an editorial published […]

Over the past 24 hours, the crypto market has recorded a loss of $18 billion, as major cryptocurrencies including Bitcoin, Ether, EOS, and Bitcoin Cash dropped by 4 to 13 percent. While Bitcoin ended the day with a 4 percent decline in its value, Ether, the native cryptocurrency of Ethereum, plummeted by 13 percent against […]