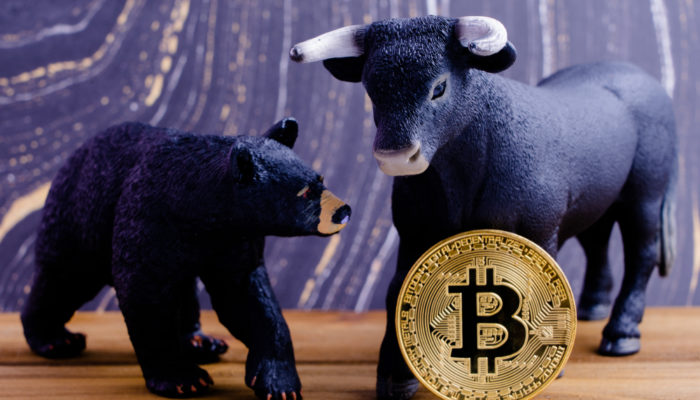 For pretty much its entire ten-year history, Bitcoin has divided opinion. Some have nobly championed the cause of censorship resistant, decentralised money through immense market volatility, whilst others have slung as much dirt as humanely possible at the world’s most established digital asset.

It is interesting to notice a distinct division between those who support Bitcoin use and adoption, and those who deem the fintech innovation overdue for the rubbish heap. Most of the latter represent the existing financial structure in some capacity with the likes of Jamie Dimon, Nouriel Roubini, and Joseph Stiglitz falling amongst the ranks of the naysayers. Meanwhile, crypto’s biggest proponents are all deeply versed in cutting-edge technology – well, colour me surprised…

Those Who Understand Bitcoin Support it…

Founder and CEO of the Digital Currency Group, Barry Silbert, highlighted to divide between the Bitcoin bulls and bears in a Tweet earlier today. The crypto investment entrepreneur posted a simple list of those advocating for a crypto-centric future and those favouring the financial status quo:

What side are you on?

As you can see, the Bitcoin Bulls list is almost a “who’s who” of leading tech figures.

First up is Twitter and Square CEO Jack Dorsey. Dorsey has shown his interest in cryptocurrency many times previously. He was involved in the ongoing “Lightning Torch” passing awareness raising-exhibition and Tweeted support for the Tippin browser extension bringing Lightning Network tipping to Twitter. The CEO has also given financial support to one of the leading firms exploring the capabilities of the Bitcoin second-layer micropayment scaling solution.

Dorsey has stated on multiple occasions that he believes that the internet will one day have its own native currency and that he hopes it will be Bitcoin.

Following Dorsey in the Bitcoin bull camp is Elon Musk. Musk is of course the CEO of SpaceX and Tesla. Although not nearly as active as Dorsey in the promotion of Bitcoin and other cryptos, he recently stated that it was a “quite brilliant” innovation and that other cryptocurrencies were interesting too. He highlighted the utility of Bitcoin as an escape from economies embroiled in financial and political turmoil. He added that crypto was a “far better way to transfer value than pieces of paper.”

Next up for the bears is Steve Wozniak. The Apple co-founder has only dabbled in cryptocurrency and states that he was even the unfortunate victim of a scam a couple of years ago, which cost him some coins. However, that has not dampened his optimism for Bitcoin. He recently stated that the bear market of 2018 should not have been looked at negatively, despite the plunge in crypto prices, and that the development that occurred had actually created value in the space.

Woz, as he is affectionately known, has also stated that only Bitcoin can be considered a “pure digital gold” and that he tended to agree with Dorsey in his belief that Bitcoin would eventually become the currency of the internet.

Turkeys Still Not In Favour of Christmas…

Sitting opposite these open-minded tech entrepreneurs and investors is a group of vocal naysayers, largely drawn from the world of legacy finance. This stands to reason since Bitcoin has the potential to completely redesign the way humans even think about money. Of course, as the old saying goes, the dogs with the loudest barks are often the most afraid…

It should be no surprise to see Jamie Dimon and Warren Buffet top the list of Bitcoin bears. The JP Morgan CEO and Berkshire Hathaway billionaire have made no secret of their distaste for Bitcoin. Rarely giving concrete arguments for their animosity, the pair have levied the following insults at Bitcoin previously: “a fraud”, “rat poison squared”, and “a delusion”. Dimon even went as far as to publicly state that he would fire any employee caught trading the digital asset.

Another of Bitcoin’s famous naysayers is former Federal Reserve Chair, Ben Bernanke. Bernanke, like many others, has stated in late 2017 that Bitcoin will fail but that blockchain is interesting. Bernanke sees Bitcoin as nothing more than an attempt to evade existing regulations and that eventually government will come down hard on it if it gets too big.

No list of Bitcoin shade casters would be complete without mention of New York University lecturer Nouriel Roubini. Roubini is another of Bitcoin’s toughest critics and has repeatedly slammed the innovation. Perhaps his most famous attack on the digital currency space was to call it a “stinking cesspool” that actually provides negative value based on the amount of resources it consumes.