Investors in Davos Separate Bitcoin and Blockchain, Claim BTC Will go to Zero 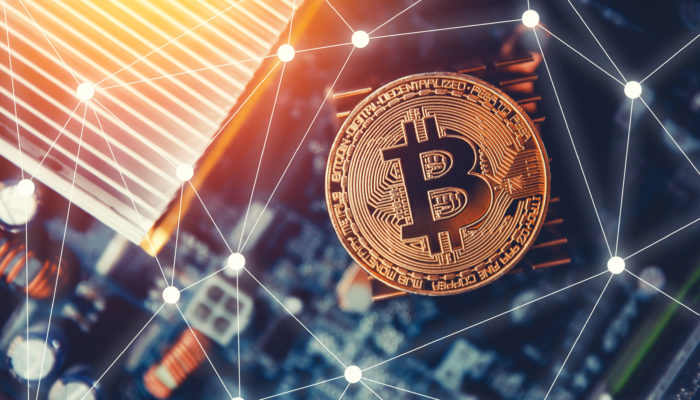 As the World Economic Forum (WEF) Continues in Davos, Switzerland, and the who’s-who of finance and politics enjoy $40 hot dogs, there is a significant amount of negative commentary coming from investors and analysts regarding Bitcoin (BTC) and cryptocurrencies.

Most recently, one prominent investor drew a stark line between blockchain and Bitcoin, noting that he strongly believes in the future of the former, while disregarding the latter as a pseudo-currency that will likely “go to zero.”

The recent comments came from Jeff Schumacher, the founder of BCG Digital Ventures – a blockchain-focused investment firm – who told CNBC that although the Bitcoin as a technology is interesting, its value as a currency is null.

“I do believe it will go to zero. I think it’s a great technology but I don’t believe it’s a currency. It’s not based on anything,” he bearishly noted.

Another prominent investor who was on the CNBC panel, Glenn Hutchins, the chairman of North Island, shared a similar sentiment, claiming that his focus as an investor remains on Blockchain technology.

“I am much less interested in investing around bitcoin as a currency unit or a currency equivalent, or even the blockchain as an accounting ledger. I am thinking much more about the protocols. In other words, what is the underlying protocol going to do as a consequence of which, which tokens are valuable or not,” Hutchins explained.

Bitcoin and Blockchain are Thoroughly Intertwined

Although these investors aren’t excited about Bitcoin, they are neglecting to recognize that Bitcoin and blockchain are largely intertwined with one another.

While giving a talk regarding the relationship between Bitcoin and blockchain, Andreas Antonopoulos said that blockchain cannot stand strong on its own without BTC, defining blockchain as “Bitcoin with a haircut and a suit you parade in front of your board.”

“Blockchain is one of the four foundational technologies behind Bitcoin and it can’t stand alone. But that hasn’t stopped people from trying to sell it. Blockchain is Bitcoin with a haircut and a suit you parade in front of your board. It is the ability to deliver sanitized clean comfortable version of the blockchain of Bitcoin to people who are too terrified of actually disruptive technology,” Antonopoulos explained.

Another popular figure within the cryptocurrency community, Joseph Young, referenced the recent Davos comments regarding blockchain being successful while Bitcoin fails, equating it to saying, “Airplanes will go to zero while engines have potential.”

Airplanes will go to zero while engines have potentialhttps://t.co/w0gzzPPVAi

Furthermore, many prominent financial analysts who are not heavily involved in the cryptocurrency industry have dismissed the “BTC will go to zero” thought line.

“I think cryptocurrencies will exist, they will become more and more widespread, but they will be part of an ecosystem. They will not be dominant as some of the early adopters believed them to be,” he explained.

Although cryptocurrencies are still seen as “fake money” in much of the traditional financial industry, as they gain more widespread adoption they will also garner greater respect from the financial industry as a whole.

November 28, 2022 No Comments
PrevprevJamie Dimon Says He Takes No Pleasure in Bitcoin Decline
nextETH Remains A Sell Until It Breaks $120Next