How Rising Bitcoin Holdings of May Push BTC Price Up Significantly 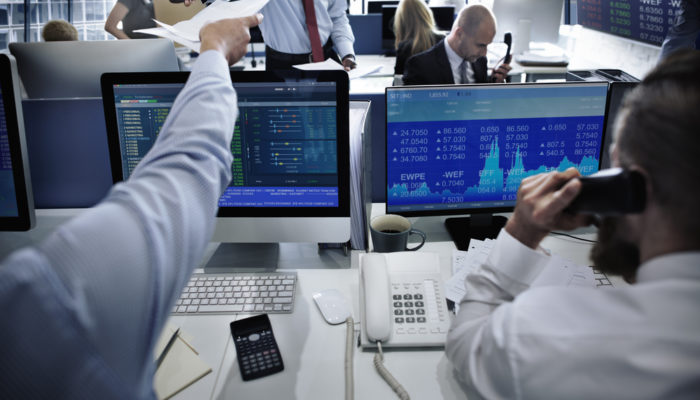 The cryptocurrency industry was born during the fallout of the 2008 economic crisis that caused the Great Recession. Satoshi Nakamoto designed Bitcoin as the first-ever cryptocurrency with the goal of removing the control governments and banks had over individual’s funds.

Nakamoto designed the BTC supply to have a hard cap so that the cryptocurrency would have a deflationary attribute, but the limited supply also has a dramatic effect on Bitcoin price due to the ebb and flow of demand.

Intermediaries currently control as much as 16% of the BTC supply already, just ten years into the crypto’s life, and the percentage of control will only increase from here due to the influx of banks, businesses, and more trying to get a piece of the emerging crypto market.

But what implications will such control over the BTC supply have on Bitcoin price? And does this control go against everything Bitcoin itself stands for?

The value of anything is in a constantly push and pull battle between supply and demand. If an item is scarce and has a high enough demand, its perceived value will increase and those interested in buying the item will be more willing to pay a higher price for the item.

This is how eBay scalpers are able to charge $1,000 premiums on already expensive iPhones on launch day – there are simply not enough iPhones to go around to those that want them, and some are willing to pay well above retail price in order to own one.

The same is true about Bitcoin. The current bear market is due to Bitcoin’s demand waning, while the supply ever-increases as miners validate each new block on the blockchain. But what happens as other intermediaries such as banks begin to scoop up the BTC supply as the industry grows, and how does this affect Bitcoin price in the future?

As was pointed out by CoinShares Chief Strategy Officer Meltem Dimirors who also serves as a member of the World Economic Forum blockchain council, over 16% of the BTC supply is already controlled by intermediaries such as exchanges like Binance, or apps like Abra.

This number will only grow with the launch of Bakkt, Fidelity Digital Assets, and the many other retail and institutional operations that will no doubt enter the cryptocurrency market in the coming months to years.

Bitcoin price should rise significantly due to basic supply and demand. All businesses are driven by demand – they move into markets where they are certain they can make money. Time-tested businesses like Fidelity or Intercontinental Exchange would not be entering the market if they didn’t view it as a viable business opportunity. The demand is there, but what will never change, is the supply of Bitcoin.

Given the simple dynamics behind supply and demand, as these organizations gobble up Bitcoin’s supply and demand rises, an increase in price is a certainty. This certainty is why many in the cryptocurrency community look to the launch of Bakkt or the VanEck/Solid X ETF, both of which require physical Bitcoin, as the catalyst that could ignite the next bull run. These developments are right around the corner.

While crypto investors would welcome an exponential increase in Bitcoin price, it’s becoming increasingly clear that Satoshi’s original vision for Bitcoin is nothing more than a pipe dream.

The leading crypto by market cap is arguably the most decentralized of any cryptocurrencies.  But as these incredibly wealthy intermediaries come in and scoop up the limited BTC supply, they will have increasing control over Bitcoin in one way or another.

These companies cannot control the Bitcoin network consensus, however, by becoming the primary holders of private keys for their customers and clients, the original goal of Bitcoin being used by individuals to become their own banks and manage their own funds with complete ownership will never fully be realized.