Despite Recent Dip, Bitcoin Remains In Cyclical Uptrend, $150K By 2023 Not Impossible 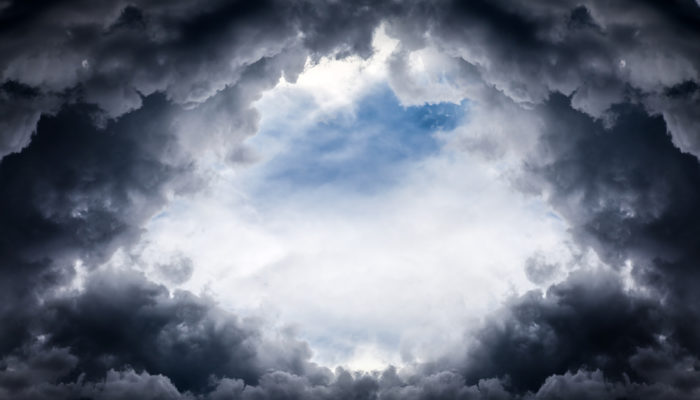 Over the course of 2018, Bitcoin (BTC) broke a number of key technical levels. In some cases, the cryptocurrency fell so fast (and hard) that its moving averages didn’t catch up to it for months.

And while nearly every notable support line, like the $10,000 and $6,000, have been snapped, an analyst argues that BTC remains in its most essential uptrend to date, one that could bring the digital asset to the moon.

Bitcoin Holds Long-Term Uptrend, Could Rally To $150,000 Over Time

Magic Poop Cannon, a seeming BTC permabull, recently took to TradingView to explain why he believes that the leading cryptocurrency remains in a “very clear cyclical uptrend,” in spite of the downturn seen last year.

He argues that the logarithmic uptrend line (seen in pink below), which is kept in place by two upper bound and lower bound trendlines, is still being held. Doing some calculations and historical analysis, Magic argued that while Bitcoin will range between $3,000 and $5,000 for much of 2019, the asset could begin to rally as the uptrend line begins to gain steam, as it were.

In fact, he notes that by August of 2023, if BTC holds above the aforementioned level of support, it will be worth right around $150,000 a piece.

Interestingly, Magic’s call for 2023 is drastically above the forecasts touted by Bitcoin-friendly financial advisors, but drastically under those of his fellow optimists.

According to reports from this outlet, 55% of 155 financial advisors surveyed that believed that BTC would appreciate in value in the next five years, with their 2023 predictions averaging out to $17,570.

On the other side of the proverbial coin, there have been many that expect Bitcoin to break out of its quintuple digit cell. Scarface, a popular cryptocurrency trader on Twitter, pointed out that this is far from the first time that the general public has banged the “Bitcoin is dead” drum. In fact, this is the fourth or fifth time. With that in mind, he remarks that it would be unfair to claim that there’s a high likelihood that the crypto’s boom and bust cycles won’t occur again.

Backing his call, which can be deemed optimistic, Scarface cites a quote from Sir John Templeton, in which the economist said that the four most dangerous words in investing are “this time it’s different.” And with that, the analyst concluded:

Magic may be convinced that the sky’s the limit for BTC, but some are wary that the crypto market remains in weak standing, especially from a short-term perspective. Australian crypto researcher Willy Woo, for instance, noted that the futures market for Bitcoin could be setting a foreboding precedent for near-term price action.

The last time the market was more indecisive was at the start of 2018. Zones of minimal Long + Short positioning have historically coincided with bearish price action during bear markets (opposite is true for bull markets). When undecided, “the trend is your friend” prevails. pic.twitter.com/xwAkXrqKI3

As the number of longs and shorts live has fallen to levels seen just prior to November’s collapse in BTC, Woo is arguing that cryptocurrencies across the board could collapse to new lows in the days to come, especially as speculators remain especially indecisive as to where this budding market could head next.

Adaptive Capital’s Murad Mahmudov also reminded his followers that while the bottom is likely festering, further lows aren’t out of the cards. Far from. In one world, BTC has already bottomed, mirroring price action seen in mid-2015, and could begin a steady grind to the upside heading into 2020’s block reward reduction.

In the other world, rife with red candles, the flagship cryptocurrency has yet to find a foothold on the climbing wall that is this market. Mahmudov notes that in this scenario, BTC only recently completed its “Baby Capitulation” phase, and will see “Final Capitulation” in the coming months, which could bring the asset to as low as $1,700.

Financial Survivalism, whose analysis Mahmudov tacitly endorsed when he took a bet with his peer, has been even more bearish. Survivalism noted that the longer BTC fails to surmount a long-term declining trendline at ~$4,600, the higher likelihood that the cryptocurrency’s price could “mirror the price action from September 20th to November 25th of last year.”

Per the analyst, this would mean that BTC could trade flat for another two to three months, before falling dramatically to the $800 price point. This, of course, is a worst-case scenario, but Survivalism does allude to a good point about market cycles and behavioral finance.

Interestingly, this isn’t the first time that Survivalism has been overtly bearish. In an array of previous posts, the former insurance agent noted that if BTC is following a Hyperwave trend, which is primarily applied to bubbles like crypto, Dotcom, etc., the asset could eventually revisit where it peaked in the 2014/2015 market cycle.

Survivalism argues that this point is around $1,200, but would set the stage for another parabolic rally eventually.

Yet, funnily enough, all the aforementioned analysts are effectively 100% certain that in the long haul, Bitcoin will become an unstoppable force that consumes fiat currencies, as it were.