Summary:
● A fun way for members of the public to inspect all the aging infrastructure in the world! TEKKON is a new Web3 app that uses tokens to provide a gamified solution to infrastructure issues.
● All new reward function incentivizes community service in a move to a new stage where crypto-assets will be used to create an ecosystem for infrastructure maintenance.
● The new app has no startup costs and allows players to earn money while contributing to society

Manila, Philippines, 15 October 2022 – The Whole Earth Foundation (WEF), a nonprofit organization that creates, provides, and operates an infrastructure information platform for a community initiative, has announced the release of the iOS version of TEKKON, a new community service-based web app in the App Store today. Having originated from Japan, the company has since expanded its service offerings to the global market focusing on initial markets such as the Philippines, Indonesia, Taiwan, Brazil & South Korea.

For the first month, only those who receive an activation code from another player can play TEKKON. The mobile app will then be available to everyone from Saturday, October 15, 2022.

TEKKON is a new community service-based position information game developed to tackle the issue of aging infrastructure and ensure safe infrastructure by having members of the public work together to take and post photos of infrastructure and review existing photos. Continuing the philosophy of the previous app, Guardians of Metal and Concrete, which was dedicated to Japan’s manholes, TEKKON is making efforts to reform the infrastructure industry by utilizing gamification and data science technology to provide posted information to local governments and infrastructure companies. Players can protect infrastructure, earn tokens and even improve their health, simply by taking photos of infrastructure (at present, the app focuses on manholes, but there are plans to broaden its scope in future) in their free time as they walk, shop or commute. TEKKON can be enjoyed anywhere in the world, with the aim of expanding the TEKKON phenomenon worldwide.

Visit the Guardians of Metal and Concrete website for more details: https://game.guardians.city/news/tekkon/

1. With the addition of a reward function that incentivizes community service activities, this Web3 app is aiming to usher in a new society where citizens protect social infrastructure in a fun way 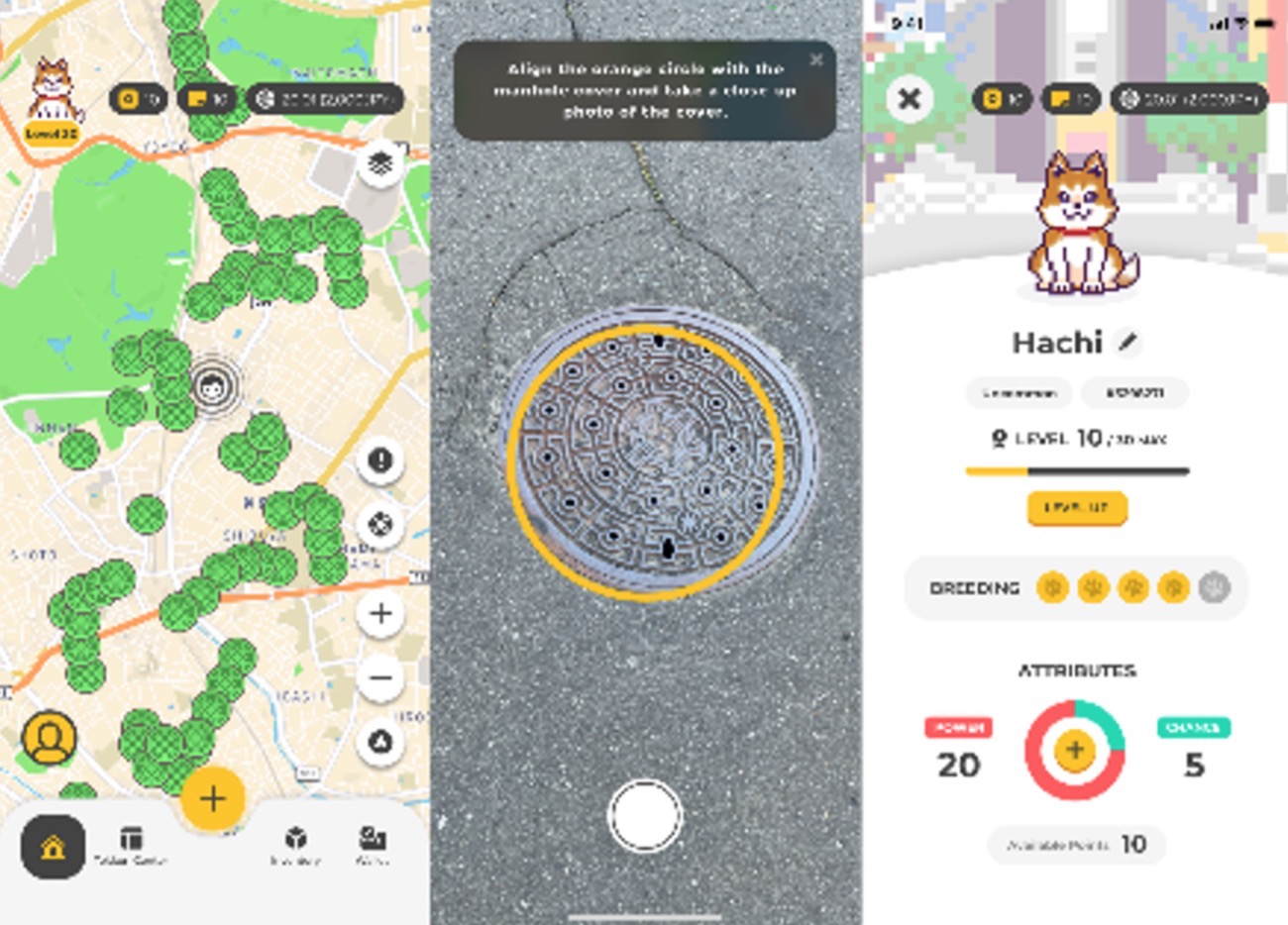 TEKKON has an added reward function that allows players to earn incentive points when they take and post photos of infrastructure in society (currently manhole covers) or review photos that have already been posted by other players. TEKKON players progress through the game with dogs as their companions. The gameplay is enhanced by a dog training function that allows players to use their points to raise the level of their dogs or purchase more dogs in order to earn more points at a time.

A crypto wallet function allows players to exchange the points they earn for Whole Earth Coins (WECs), which are crypto-assets issued by WEF. In the future, WEF plans to list WECs on Japanese crypto-asset exchanges and , through the use of crypto-assets as an incentive, players will be able to earn money without startup costs while participating in community service.

2. Available worldwide to allow collection and review of infrastructure photos from around the world

3. Expanding the scope of infrastructure: the second stage will feature another aging infrastructure in need of urgent attention―electric poles.

In about half a year since the launch of the original Guardians of Metal and Concrete app this March, over 900,000 photos of manhole covers have been collected across Japan.

WEF plans to expand the scope of infrastructure that players can photograph, post and review in TEKKON to include electric poles (expected to be added at the beginning of October). Like manholes, electric poles were mostly constructed during Japan’s period of high economic growth, and now need urgent attention as they are reaching the end of their life span (about 50 years on average). Expanding TEKKON to include the over 36,000,000 electric poles across Japan will enable efficient maintenance of this infrastructure through the efforts of the public.

The scope of infrastructure covered by TEKKON will continue to be expanded in future.

How to play (manhole version)

If users find a manhole cover that is yet to be posted, select its location on the map. Take one photo including the surrounding area of the manhole cover and one from directly above it and post them to earn points.

Review photos that have already been posted

Users can also earn points by answering questions about the condition of manhole covers that have already been posted. The new live review function offered in TEKKON also allows users to review photos of manholes around them by physically looking at them. 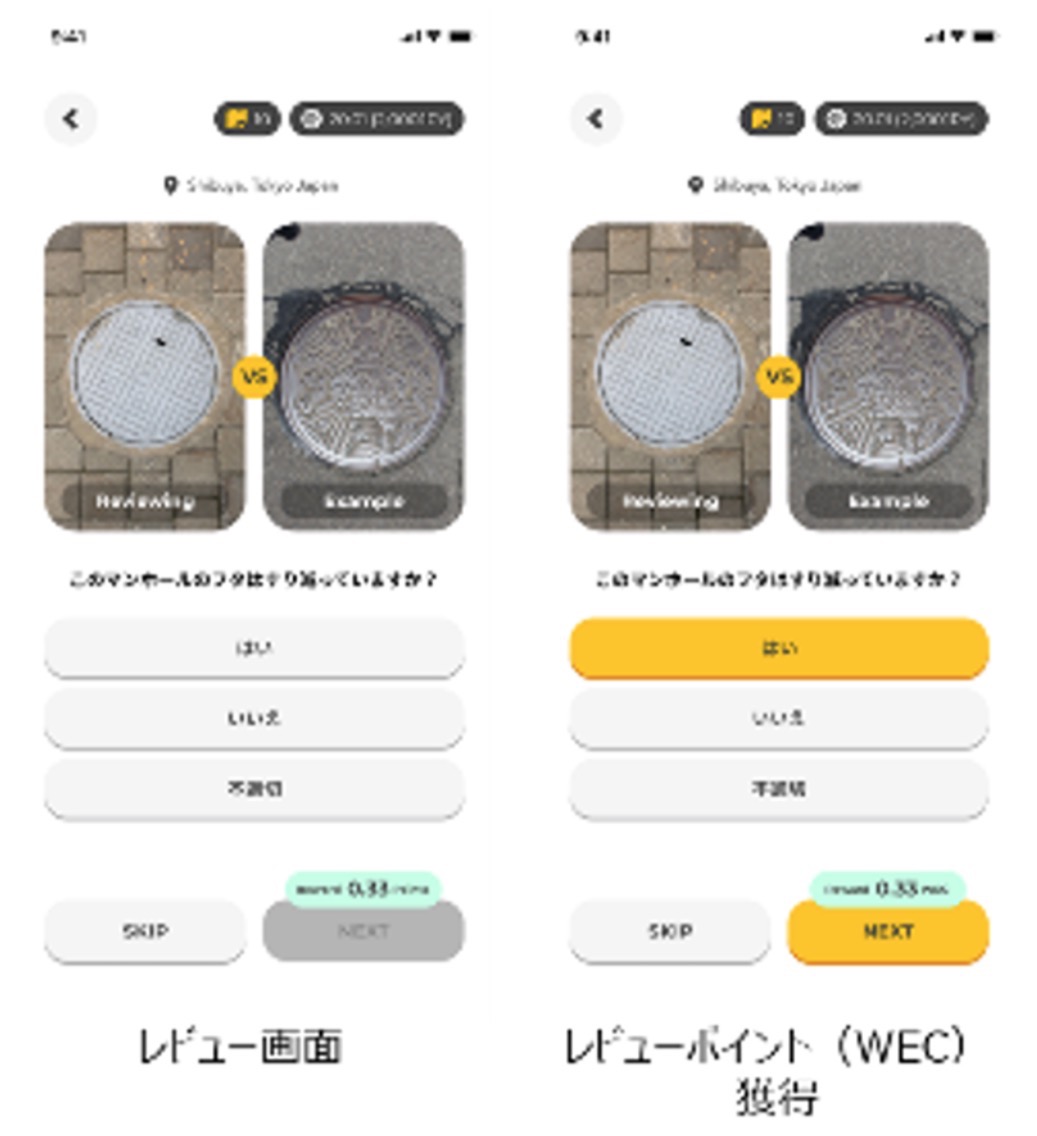 TEKKON has also introduced a new feature that enables users to earn points via scanning the Utility Pole. Users can now take pictures of several utility poles such as electric poles and upload it into the TEKKON app.

Dogs in the app

In TEKKON, users will start the game with a dog as their companion. To earn points more efficiently, users can use points they’ve earned to increase the level of their dog so that they can earn more points for each photo they take and each review they make.

Some dogs are rare characters that have a high point earning rate. Users can earn even more points by using points to buy and own several dogs.

Mari Asada is a crypto artist and the leader of the NFT community NFT & CRYPTO ART JAPAN. She hosted CAWA in Tokyo, Japan’s first NFT exhibition, in June 2021, and operates ArtiStake, a platform to support artists. She has VJed at many festivals and events both in Japan and overseas, including J-WAVE INNOVATION WORLD FESTA, FUJIROCK, MUTEK.JP x Japan Media Arts Festival, DOMMUNE, BOOM FESTIVAL in Portugal and Fulldome Festival in Germany. 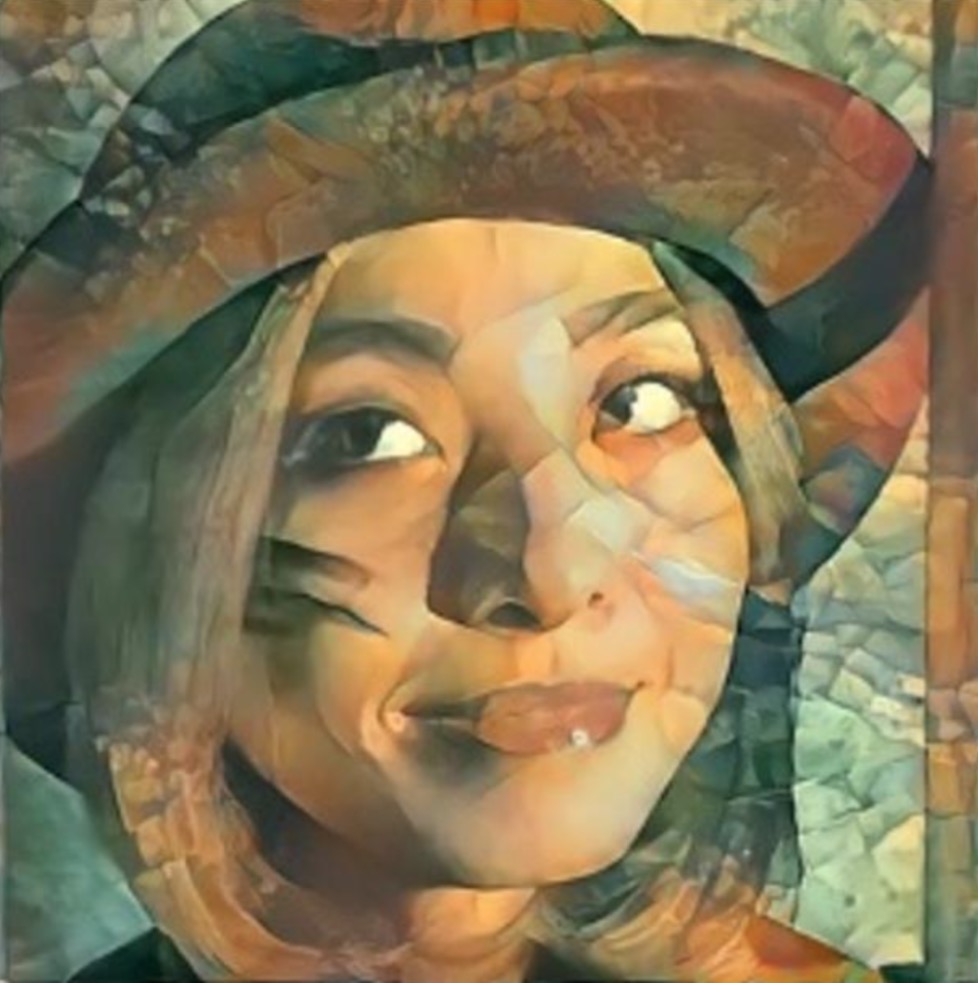 Launching Event in the Philippines

Join TEKKON in the upcoming lunch this October 30?

The Whole Earth Foundation is an organization that aims to find solutions to the social issue of aging infrastructure by getting members of the public involved in activities. Since summer last year, a public event called the Great Manhole Battle has been held regularly through the Guardians of Metal and Concrete game, and data on over 950,000 manholes across Japan has been collected so far. TEKKON, which utilizes Web3, will encourage players to collect more infrastructure data by rewarding them with tokens in exchange for their infrastructure data, creating a system that provides players with economic compensation for their contribution to community service. In the future, the TEKKON phenomenon will be broadened, with plans to enhance the functions of the new TEKKON app and expand the Great Manhole Battle events being held to encourage public participation.