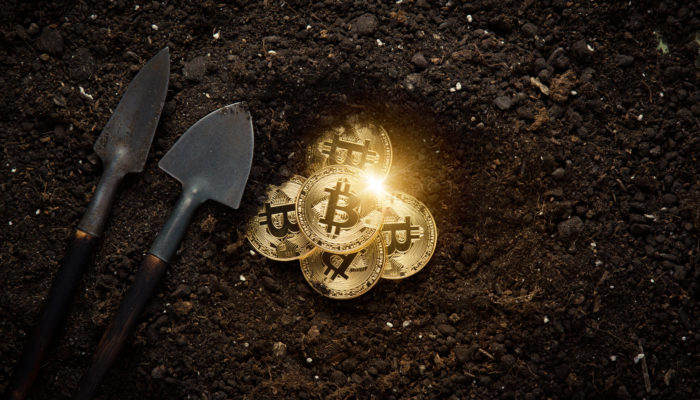 The biggest discussion point around Bitcoin currently, is whether or not the first-ever cryptocurrency has bottomed or not, and if the bear market will soon be ending or if a lot more pain is ahead for crypto investors.

While many crypto traders and analysts are feverishly reviewing price charts and other important indicators searching for a sign, one particular analyst suggests looking at Bitcoin mining difficulty levels and potential capitulation by crypto miners as the signal the bear market has ended.

Like any good fireworks display, the grand finale is a spectacle worth waiting for. As was the case throughout the crypto bear market, where powerful price swings over the course of 2018 ended with an explosive move below critical support and into the current trading range Bitcoin price is currently in.

The move below $6K was exceptionally violent due to a large number of stop loss orders being placed directly below the seemingly unbreakable support level. Buyers and bulls felt confident that the price would hold, but prepared for the worst by placing stop orders just below this level.

When the worst-case scenario became a reality, the stop orders executed further propelling the price per BTC downward. But it wasn’t just investors, hedge funds, and other bulls that capitulated during the violent move.

Bitcoin miners were also forced to sell off their holdings or risk having the price per BTC fall too low and remove any chance for maintaining profitability. The fallout experienced by Bitcoin miners may have signaled the end of the crypto bear market of 2018 and 2019, according to one crypto analyst.

According to Plan B, Bitcoin miners, the “biggest Bitcoin sellers,” have “already capitulated.” He further explains that due to the price being so low compared to the cost of mining a BTC, miners have “switched off old mining hardware” and “difficulty has adjusted downwards.”

Most chartists look to past Bitcoin bubbles to get an idea of how the aftermath of the most recent bubble pop may play out. Rather than look at the MACD, RSI, or other price-related statistics, Plan B’s chart depicts spikes downward in BTC mining difficult adjustments. When comparing the most recent capitulation event against previous bear market bottoms, the downward movement in this key metric could be the signal everyone is looking for that suggests the current bear market bottom is in.

Halving: More Evidence That the Bear Market Tides Are Turning for Bitcoin

Data shows that Bitcoin miners are clearly tied to Bitcoin price in a variety of ways. Not only could miner capitulation signal the bear market has ended, but the block reward miners receive could be the key to unlocking the next bull run.

Another chart shared by Plan B shows in different shades of color the proximity to Bitcoin’s “halving” date. The closer price gets to this halving date, the higher the price per BTC begins to trend upward.

Each halving reduces the BTC reward miners receive for validating each new block. In the coming halving, the 12.5 BTC reward will be cut in half to 6.25 BTC. The lowered Bitcoin supply stream flowing into miner’s wallets helps to reduce sell pressure on the market, and demand eventually takes over supply and the price grows exponentially. When this begins to happen again, FOMO should return to the market in a massive way, potentially taking Bitcoin to $100,000 to “millions” per BTC, investors believe.