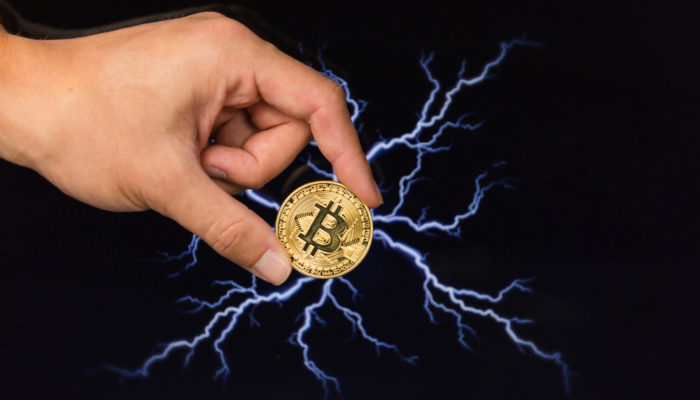 Following an extended period of sideways trading, the cryptocurrency markets dropped today as Bitcoin failed to hold above its recently established support level at $3,800. BTC’s drop below this level has led many cryptocurrencies to plunge 5% or more, signaling that greater volatility is likely to come as the week continues on.

Despite the current state of the markets, analysts are quick to point out that the number of transactions per block for Bitcoin are nearing their previously established all-time-highs that were set during the height of the bull run in December of 2017.

Mati Greenspan, the senior market analyst at eToro, recently spoke to Bloomberg about the growing number of transactions, noting that it gives the crypto’s bulls a reason to be optimistic.

“What I’ve been watching lately are the number of transactions on the Bitcoin blockchain and the total volumes across crypto exchanges, both of which are holding at their highest levels in more than a year…Even though we’re still officially in a bear market there is plenty of cause for optimism,” he explained.

Earlier today, Greenspan doubled down on his comments regarding the importance of transaction volume, explaining in an email that Bitcoin is now processing an average of 4.05 transactions per second, which is up significantly from where that number was this time last year.

“Volumes have subsided somewhat from the late February excitement and volatility remains subdued. Transactions on the world’s favorite blockchain however, have seen yet another significant uptick as Bitcoin now processes an average of 4.05 transactions per second,” he wrote while referencing the below chart.

Will Bitcoin’s Price Ultimately Be Affected by the Surging Transaction Volume?

Although BTC’s price action has continued to be weak in recent times, the surging transaction volume – as Greenspan noted – may leave room for some excitement among embattled BTC investors.

Moon Overlord, a popular cryptocurrency analyst on Twitter, recently spoke about the surging Bitcoin transaction volume, and questioned when the price will reflect the surge in adoption.

“Number of transactions per block for #bitcoin now nearing the high reached in December of 2017. $BTC usage near an all time high, when’s the price going to catch up?”

Historically, there has been a loose correlation between price and transaction volumes, but clearly, in this situation, correlation does not equal causation, and BTC transactions may simply have risen during bull runs due to the influx of new investors using the cryptocurrency.

Despite the current number of transactions not being reflected in BTC’s price, it does signal that the cryptocurrency is garnering greater adoption and use despite the gloomy market conditions, and bulls are hopeful that this increased adoption will ultimately be reflected in the digital asset’s price as speculators exit the markets.

January 24, 2023 No Comments
PrevprevDespite Recent Dip, Bitcoin Remains In Cyclical Uptrend, $150K By 2023 Not Impossible
nextWEX Used to Clean Up to $6 Million From SamSam RansomwareNext