Baer Chain Was Invited to Token2049 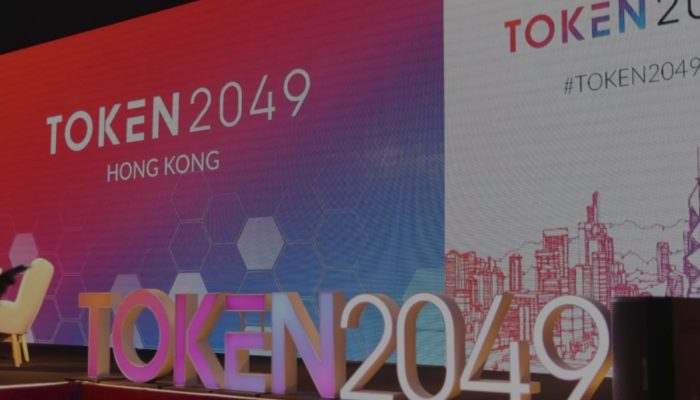 At the invitation of the organizing committee, Baer Chain participated in the largest blockchain industry summit in Asia, Hong Kong, from March 13 to March 14. Founder and CEO Vincent gave a keynote speech at the summit and gathered with the global blockchain industry elites to discuss the industry’s development and future.

Token 2049 is the largest and most influential blockchain industry event held in Asia. The conference adheres to the principle of openness, mutual assistance, and mutual benefit. This summit invites thousands of blockchain industry elites from over 30 countries and regions around the world to participate in the event. Wall Street, The New York Times, Forbes and other international media have reported as strategic partners and joined the list of world-renowned academic institutions, blockchain technology companies, and experts. It aims to bring industry leaders, business and academic leaders throughout the world to work together to promote blockchain technology and industry upgrades.

At the event, Vincent shared the application of blockchain technology in the game industry and revealed that Baer Chain’s main network has officially launched full-scale internal testing, and expressed his vision of bringing business transformation to the global game ecosystem. The nomination of SuperNode will soon be launched globally.

Unlike other blockchain game projects, Baer Chain is not a chaser in the industry market, but a changer. The Baer Chain focuses on the vertical field of the Game + Blockchain, and it is technology driven to achieve greater efficiency and stability than the powerful game development platforms available on existing game networks.

Vincent announced that the Baer Chain main network will adopt the unique BAS protocol in the world. This standard protocol optimized for blockchain games has the uniqueness of stacking and will greatly enrich the development of game types, thus making the Baer Chain main network become the most diversified global blockchain game ecosystem platform.

In the keynote speech, Vincent focused on the importance of the game industry’s ecological concept. He said: “The creation of the game ecology is inseparable from the support of the community.” Since the official release of the White Paper, based on the unique core technology advantages, Baer Chain’s ecological community has grown rapidly, and now it has a large ecological community with more than 630,000 people. The community matrix is spreading all over the world in North America, Eastern Europe, South Korea, Japan, Southeast Asia, etc. With the strategic layout of globalization, Baer Chain is unstoppable right now and is moving towards a million level of super community plan. After the official launch of the Baer Chain main network, the blockchain industry will enter a new era of the public chain 3.0.

The launch of the Baer Chain main network is a turning point of milestones. In 2018, it was because Baer Chain concentrated on the development of the vertical Game + Blockchain field, it is moving forward against the trend in the middle of “crypto-winter”. Therefore, Vincent expects that Baer Chain will continue using its unique technology core and global ecological layout in 2019. As always, deeply immersed in technology development and innovation, Baer Chain aims to spread the application of blockchain all over the world, bringing more possibilities and imagination space to the industry for greater achievement.