Analyst: Bitcoin Price Must Get Above $3,700 in Order for Crypto Markets to Surge 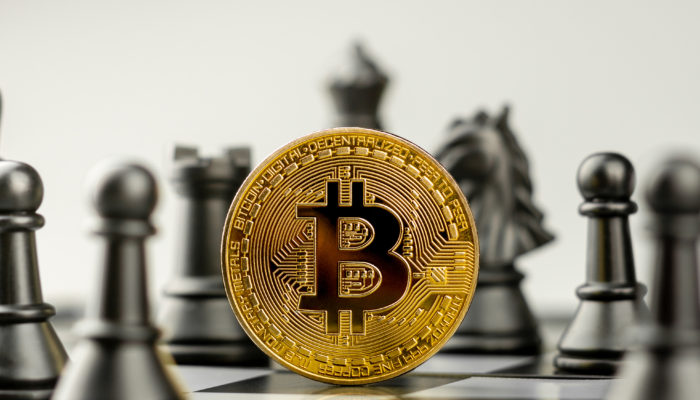 Although this week was off to a volatile start, as the days went on Bitcoin began finding increased stability in the $3,600 region. This stability has led to a bout of sideways trading for the entire crypto markets, which have drifted down slightly today.

Now, one prominent crypto analyst believes that Bitcoin needs to trade above $3,700 for an extended period of time in order for the entire market to climb higher.

At the time of writing, Bitcoin is trading up nominally at its current price of $3,650. Ever since BTC surged to highs of $3,720 this past Monday, it has struggled to stay above this price, which may prove to be significant for future price movements.

Analysts have previously noted that Bitcoin is currently stuck in a trading range between $3,550 and $4,200, which has so far been validated by the crypto market’s recent price action.

Luke Martin, another popular cryptocurrency analyst on Twitter, shared his thoughts regarding Bitcoin’s current price action in a recent tweet, noting that if BTC can break above $3,700, and trade above this price for an extended period of time, it will open the gates for another leg up to approximately $4,100, which is near the top of the aforementioned range.

“$BTC battling to reclaim the range all week. If price can get back above 3700 I’m more excited about alt positive momentum continuing,” Martin explained.

This sentiment is shared by another cryptocurrency analyst, John Pearlstone, who recently said that he believes BTC could soon see a price surge if it is able to continue trading above $3,500, which could lead to a price target in the $5,000 range.

If Bitcoin is able to surge above $4,000, it will likely lead to a rally in the altcoin markets.

Cboe Analyst: Bitcoin and Crypto Volatility Could be on the Rise

Although Bitcoin has been trading sideways for the past couple of days, Kevin Davitt, senior instructor at the Cboe, told MarketWatch that trends suggest that Bitcoin could start seeing some increasing levels of volatility, which he says is actively embraced by traders looking to profit from the markets.

“So, the New Year is underway and volatility appears to be percolating, which is off-putting to most passive investors. However, there are many market participants that understand volatility is a constant, and if volume numbers at Cboe are any indication, they are actively embracing the tools available to trade volatility and/or manage risk,” he said.

How the crypto markets, and Bitcoin in particular, trade as they enter the weekend will likely set the tone for how they will trend in the coming week.